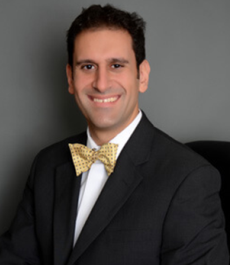 Background
Nicholas Ayoub was appointed to the 61 st District Court by Governor Rick Snyder in December of 2018. Prior to his appointment, Judge Ayoub was a partner with Hewson Van Hellemont, where he managed the firm’s appellate practice group. His primary focus as a practicing attorney was civil appellate litigation. He has served as appellate counsel on numerous matters that have resulted in jurisprudentially significant legal authority from the Michigan Court of Appeals, the Michigan Supreme
Court, as well as the United States Circuit Courts of Appeals for the 4th and 6th Circuits.
Education
Judge Ayoub was raised in Grand Rapids and attended Ottawa Hills High School. He received his BA from Western Michigan University, and a law degree from Michigan State University College of Law.
Professional Activities
Judge Ayoub’s professional affiliations include the State Bar of Michigan Civil Procedure & Courts Committee, the Michigan Supreme Court Advocates Guild, and the Grand Rapids Bar Association.
Other
Off of the bench, Judge Ayoub enjoys playing music and spending time with his family. He is a life-long member of St. Nicholas Antiochian Orthodox Church, where he serves as “First-Chanter”.